“Missing friends is the worst part of moving away.” – Sue Dinkins Pinion 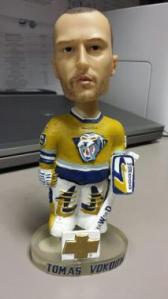 I am not a sentimental person. Our closets are not filled with memorabilia or souvenirs. I have a few, but only a few. (Tomas Vokoun bobblehead doll. 2003 NHL Rookie Draft ID badge that was signed by Wayne Gretzky.) It may be the number of times that we have moved.  More keepsakes means more boxes and longer moving days.

Christmas would be the exception. We intentionally add a new souvenir each year to our “tree of memories”. I like this tradition. It may be in part because Christmas ornaments are small and easy to move.

Whether good or bad, I have always been good at saying good-bye. I think it started back when I was in college. Each summer I worked as a counselor at Camp Sebago, the Salvation Army Camp on Sebago Lake, Maine. The days were long but the summers flew by quickly. And at the end of each week we (the counselors) would say tearful heart-felt goodbyes to our campers. With each week the goodbyes got easier–routine almost.

Leaving Wesley Community Church in Pembroke, Ontario was easy for me. I loved the people there and the teens especially. I was grateful for the friendships with Elizabeth Stewart, Mike McConnachie, Darren Somerville, and Morgan MacPherson. But leaving Pembroke was easy because I was moving in order to marry Robin and begin our lives together. 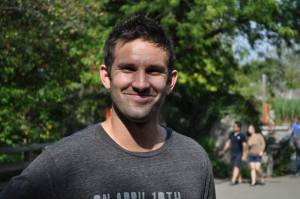 When Robin and I left Marion, IN it was a particularly hard goodbye for two reasons. The first reason was the circumstances under which we left. We loved Pastor Dave Terhune and felt tremendously blessed to serve with him. He loved Jesus and was an incredibly gifted soul-winner.  The second reason why is was hard to leave Marion was it meant leaving behind a very good friend, Adam Sprinkle. Adam was like the brother I never had. He still makes me laugh like no one else can. Adam was a relatively new believer and so saying goodbye in order to pursue God’s will was still foreign to him. To this day, one of my greatest regrets in ministry was having to say goodbye to Adam.

Now that we are planning to move to Ghana people ask what we are going to miss most. In terms of the “stuff”… nothing. Not really. There will be days in which I just wish I could microwave something, watch hockey on our plasma screen TV or eat a Five Guys cheeseburger, but for the most part it’s all small potatoes.

Robin and I talk–almost daily–about what WILL be hard for us to leave behind: our dogs. We have had Buddy & Holly for over eight years. They are part of our family. It’s on our kid’s minds as well. For Addie & Palmer, the dogs have been two constants in their young lives.

What makes saying goodbye to Buddy and Holly particularly difficult for me is that I know they won’t understand. They’re just dogs. But they are our dogs and we love them dearly.

Intellectually we know that we cannot put the love of our dogs before our commitment to do God’s will. But emotionally it is inconceivable that there will come a day when we will have to say goodbye to Buddy & Holly.

If you’re not a dog person, this may all sound silly to you. That’s okay. But for those of you who have enjoyed the companionship of man’s best friend, you understand the hurt that is a part of our decision to move to Ghana. And we would ask that you pray that God will help us find a loving home for two amazing canine friends entering their golden-years.