My adoration of the people of Africa started over 20 years ago. In my Interpersonal Communications class that I took in the spring of my sophomore year in college, there was always one student I wanted to partner with. Her skin was the deep richness of milk chocolate, she carried herself regally like a gracious but exotic queen, and her deep voice had a crisp and clean accent. Some consonants were accentuated. Others were barely spoken. The beauty of her speech made me want to sit and talk with her whenever I could. Her African accent still wafts through my mind. 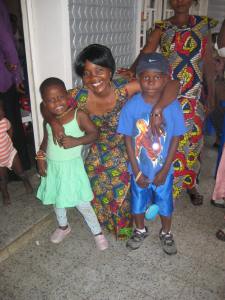 Nearly four years ago, when we sought after what countries were most in need, and were easiest to process through, we came upon the Democratic Republic of Congo. The richest country in the world in terms of natural resources, but nearly the very poorest in terms of average personal income. The world is enamored with its treasures, but is disrespectful of its people. It’s broad-nosed, full-faced, beautiful people. Our hearts melted for the overwhelming poverty, and its youngest victims, the thousands of orphans within its borders. We brought two of them home to live with us.

More recently, my first day on the job at DMHC in December, I walked into the medication room at an assisted living facility, where the staff was hard at work. Three women were busily chattering, but two of them had melodic voices and the same crisp syllables. They were a bit different from each other, but beautiful nonetheless. When there was a break in the conversation, I had to ask, “Excuse me, but may I ask where you are from?” One replied, “I am from Kinshasa in the Congo,” and the other replied, “I am from Accra in Ghana.” I hugged them both. And then I explained why. By the end of the day, they each promised to move to Africa with me.

As I was walking down the hallway at work last Saturday, a tech was talking to another. I immediately interrupted and said, “I’m so sorry to interrupt, but where are you from?” She smiled and said, “I’m from Accra, in Ghana.” I squealed and hugged her as I showed her the Ghana map pendant that I was wearing around my neck.

When Paul Borthwick, author of Western Christians in Global Missions, was traveling to Nigeria, he met a young man named Robert. He recounts in his book,

“Robert, how did you become a Christian?”

He replied, “Oh, Brother John over there raised me from the dead.”

After recovering from my surprise, I asked him, “Why do my Nigerian friends see more miracles than we do in the United States?”

“You have more doctors,” he replied matter-of-factly. “If God doesn’t heal us, we die. You just have more doctors.” Using good theology, he concluded, “God heals you one way, and he heals us another.”

I’ve thought of all the things that I want to bring to Africa. I hadn’t given much considered what Africa could give to me. Right now in Africa, people are being miraculously healed, while I depend too much on my diagnostic and prescribing skills. God is calling African people to Jesus through visions and dreams, while I worry about saying just the right thing at just the right time to those around me.  In Africa, people are seeking Jesus by finding a Christian and asking the believer to lead them to Christ, because God Himself has laid the gospel on their hearts — not an television evangelist message, Christian concert altar call, newly constructed building with ample parking, or outreach event with the gospel slipped in between the lines to not be too offensive.

The stories we read about with awe in the Book of Acts are still happening in Africa today. No one has told the Christians in Africa that these things just don’t happen anymore.

They wouldn’t believe it anyway.

I want to experience Christianity unpolluted by time and progress. I want to depend on the Holy Spirit for my work, and for my witness.

If current trends continue, Africa will be the most Christian continent by 2025. The average Christian is now no longer a Caucasian of middle class status, but a poor minority woman from the southern hemisphere, most likely from Africa. I am excited to witness first-hand the shift of Christianity to a non-American religion, and help the Africans to lead the way by example. 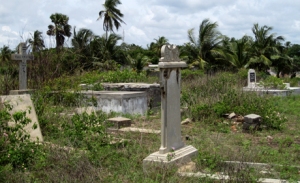 Paul Borthwick also talks about early mission work in Ghana. When he visited the country, he was taken to a missionary cemetery where he saw the graves of many British missionaries who died at the age of 25 or 26. In fact, missionaries just a century ago would pack their belongings in caskets rather than suitcases because they fully expected to die on the mission field. And they did– most of them after only a short time of planting the seeds of the gospel. But the seeds they planted are still growing. I am convinced that their radical sacrifices are still bearing fruit as the gospel continues to spread like Holy Spirit-driven wildfire. I believe God honors our decisions to do hard things, even if we never see the rewards ourselves.

My adoration of the people of Africa has blossomed into a desire to serve them, and to learn from them. How fortunate I am that God has called me to be a witness to what He is doing among them!